As we explained in our article THE ADVANTAGES OF PRINTING USING THE UV LED CURING SYSTEM, thus system has enabled the world of industrial coding to evolve to identify non-porous materials in the most efficient way, but first, let's get technical:

What is UV curing and how does it work?

UV curing is a low-temperature, high-speed, solvent-free photochemical process that uses high-intensity ultraviolet (UV) light to change inks, coatings, adhesives or other photo-reactive substances by polymerizing them into a solid that is instantly fixed in place.

Unlike drying, which solidifies the substance through evaporation or absorption, cured substances adhere securely to the substrate to which they have been applied, with adequate depth of penetration into the surface, without being tacky or flaky.

Do you find it interesting? SUBSCRIBE TO OUR NEWSLETTER!

LED-based UV curing provides all the advantages of traditional UV curing, while adding solutions to many of the problems encountered with heat curing. They include instant on/off, fast and uniform drying/curing, low heat emission and low power consumption. In addition, the small form factor of UV LEDs makes them ideal for incorporation into processes or machinery with little space available.

When was UVLED curing born?

As we have just seen, there are two remarkable events in the history of the evolution of this technology: the use of ultraviolet light in the curing process and the incorporation of LEDs to make it more efficient.

Since the beginning of the 20th century, the performance of ultraviolet light has evolved in unimaginable ways. In the 1920s, for example, it was discovered that UV light would kill bacteria, and later, between the 1930s and 1940s, it began to be used for sterilizing operating rooms. Around the 1960s it began to be used to purify water, drastically reducing the number of diseases (a merit shared with antibiotics, which began to be commercialized a few years earlier).

Curing processes using ultraviolet (UV) rays were first used in the 1960s to fix varnishes on furniture and began to be commercialized in the United States in 1970. In June of the same year, thanks to a development by Sun Chemical, the first production of UV inks took place and two years later, taking advantage of innovations in this field, several can manufacturers moved into metal decorating using this curing technology.

The use of LEDs to create UV light is a relatively new process that many companies are still learning and a milestone we can attribute to Asif Khan, a researcher at the University of South Carolina, who, in 2001, succeeded in developing LED devices that emitted ultraviolet light, demonstrating that there was still room for new developments in this field.

In 2007, United Barcode Systems, developed and commercialized one of the first UVLED curing lamps applied to the coding field. The development of the UVLED provided an alternative to conventional coding systems using solvent inks and revolutionized the options available to commercial printers for curing their inks, along with the long list of production, quality, operational and environmental advantages that accompany them. 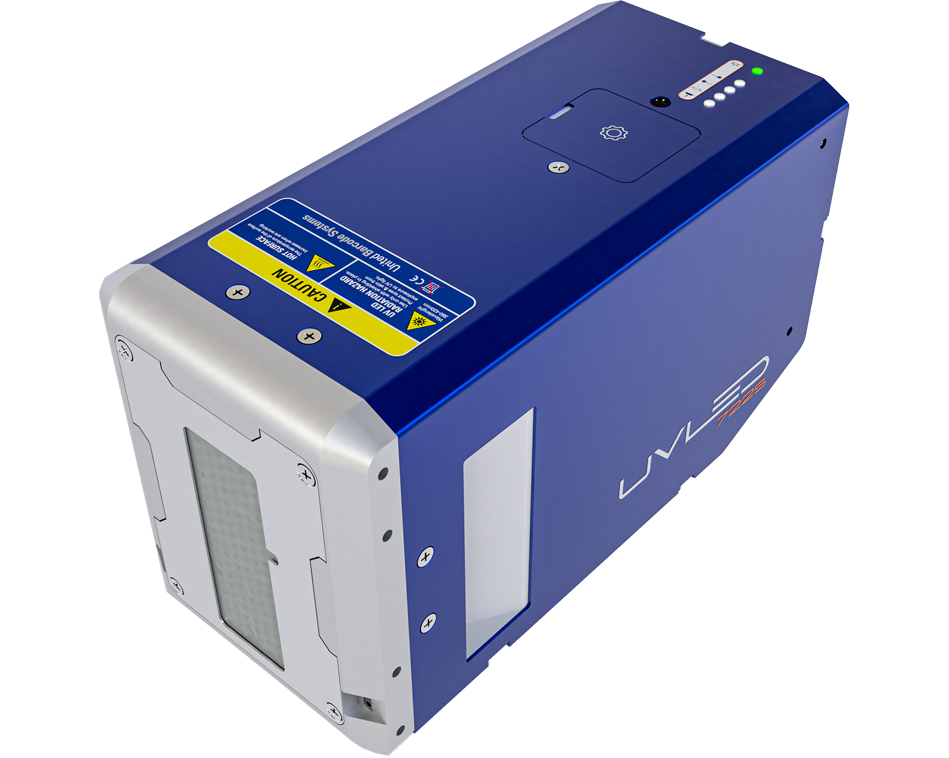 Today, most UV-curable inkjet printers on the market use LED curingas the default curing technology, as it has advanced to ensure faster curing and high-quality printing, as well as improved production.

We invite you to learn more about the advantages of this technology in the packaging world through the article THE ADVANTAGES OF PRINTING USING THE UV LED CURING SYSTEM.

Similarly, if you have coding needs on porous surfaces, we invite you to contact our team for a consultancy work in search of the right option.

...and remember: curing is our territory.

Do you need to code on porous or non-porous surfaces? We offer you a free consultation to find the right printing option.

How to save costs in the process of labeling, coding and marking products with UBS

How to reduce production costs with product identification and tracking? Being able to adapt the purchasing process and the production process to changes in demand is essential to maintain com

Laser marking or thermal inkjet printers? It is a question that we must ask when we are about to choose a technology for coding and marking our products or packaging. Analysis of laser marking and